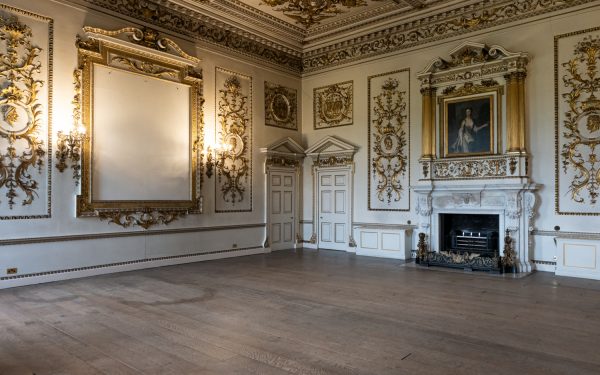 Yesterday Anne and I visited Wentworth Woodhouse and took in the rooftop tour as well as the house tour.
It is a stately home on the outskirts of Rotherham and 15 mins or so from Sheffield that most of us have probably never heard of but it has the widest frontage of any stately house in Europe, wider even than Versailles in Paris and an incredible amount of rooms.

It’s undergoing a huge renovation at the moment but this reveals so many things to see that in a few months will never be seen again.

If the scaffolding was laid end to end it would reach from Sheffield to the middle of Manchester or stood end on end would be 5 times higher than Everest.

Even though it’s covered over it is still such an interesting place to visit. It’s a grade 1 listed building and to be up at the top looking down onto the bare rafters was so interesting.
To give you a taster of what you would see if you want I’ve included some photos below. The rooftop tours end in a few months so go soon if you want to see things like this.

How the photos were shot

For those interested, the photos were shot handheld with the SonyA7R4, the Sony 16-35mm wide angle lens and the settings were (indoors) f4, ISO2000 and 1/50th sec (outdoors) f6.3, ISO640 and 1/80th sec. The light wasn’t good so it was a juggle to keep the shooting speeds up and the ISO down at times.