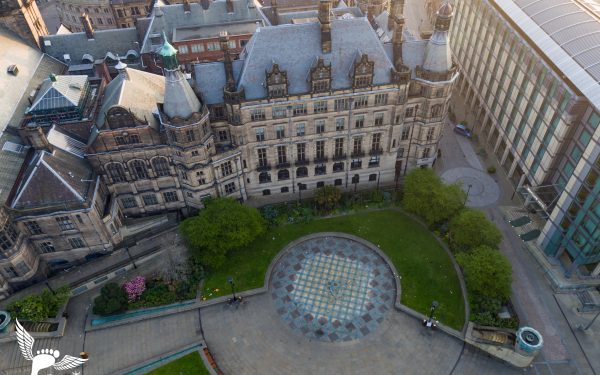 I’m a professional drone pilot and photographer. Sheffield is my home town and four years ago I did a aerial photo shoot of the city centre. So much has changed since 2016 that I wanted to return and do another drone shoot but this time with video as the main medium.

The 2016 photoshoot can be seen here https://lnkd.in/gVHWbJk

I approached Sheffield city council, outlined what I wanted to do and they were happy for me to proceed. Before the flight on Sunday I called South Yorkshire Police the day before and let them know there would be a drone over the city from 6am to appx 8am.

We flew this early so that the city centre would be as empty as it could be so that we weren’t overflying people.

On the day of the shoot the weather was bright and sunny with no wind to speak of. Sunny is great for some things but that early in the morning it created very deep shadows as it was still relatively low in the sky.