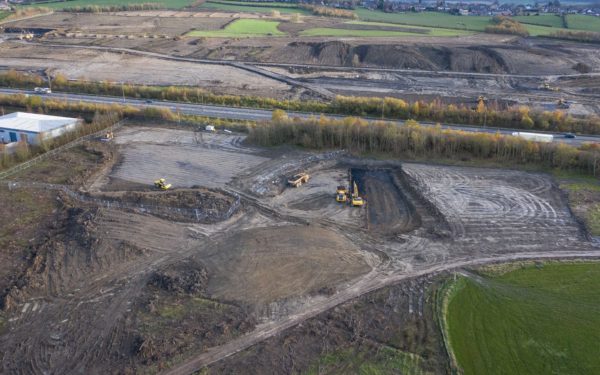 This is a 127 acre sloping site and my client Howard Civil Engineering is moving an unbelievable amount of earth from one side of the site to the other to create a much flatter starting point for the buildings that will be erected.

For most of my aerial videos I use a cross dissolve as it helps to create a smooth transition from one clip to the other and not all films I create can be timed to the beat of the music . . . but . . . on Friday I was doing an aerial shoot of a huge civils project on the Dearne Valley Parkway and wanted to tell the story in another way.

The story came fully formed in my head as I was driving back to the office that the video should follow the huge dumper trucks as they were loaded at one place and then unloaded elsewhere on the site.

Normally I edit the video first and then spend a lot of time finding that “right” piece of music to accompany what I’ve done but against the norm I chose the music first which had to have a good beat to it which would suit hard cuts and created the story around that.