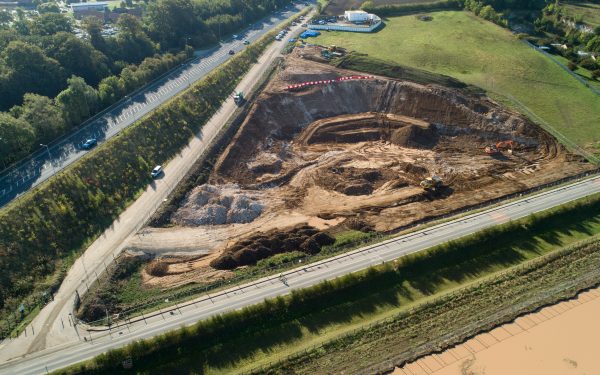 Aerial video and photograpy of a flood alleviation scheme near Hull

ESH Construction is a large civil engineering company and part of the ESH group of companies. I have aerially photographed and videoed several of their projects with my drones. The latest project I’m working on for them is a flood alleviation scheme in Cottingham near Hull.

In partnership with the East Riding of Yorkshire Council, the project is to simultaneously create a series of large lagoons along a road that will catch rain and flood water instead of it playing havoc with the local community.

In its relatively early stages when I visited the various sites a couple of weeks ago, the plan is for me to return each month and do a follow up series of aerial photographs and video to document the project until completion.

I always shoot in 4k video for maximum quality and even when compressed on to YouTube it still looks sharp and crisp.

To view the videos in full screen simply click the icon at the bottom right of the video.

Similar to shooting video in 4k I photograph my ground and aerial work in raw format for maximum quality. The raw files are processed in Adobe Lightroom and then converted into hi-res jpegs for my clients.

To see the photographs full screen simply double click any image to enlarge it and then use the side arrows on screen to scroll through the other images.